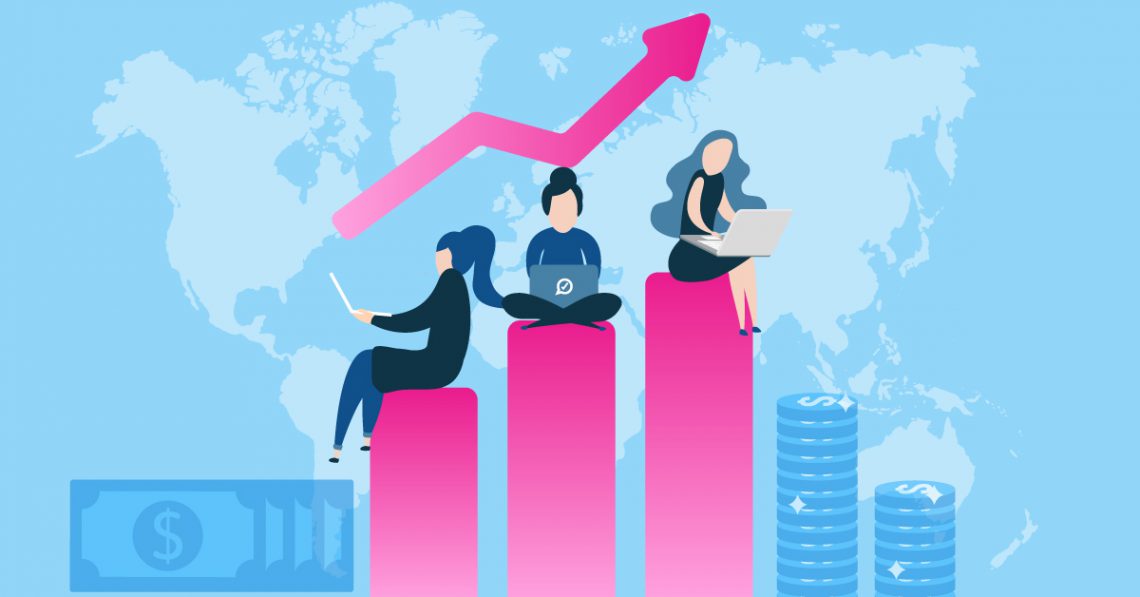 ‘Who run the world? Girls.’

Whether you agree with Beyonce or not, there’s no denying that the business world is currently filled with inspirational women.

And these female entrepreneurs are no exception!

In this post we delve into the success habits of 9 super successful female entrepreneurs.

We all know that success is hard to find without hard work, determination and a lot of time, but is there a secret sauce to success?

When you think of inspirational, successful and innovative female entrepreneurs chances are Sara Blakely will pop into your mind.

Not only was she named the world's youngest, self-made billionaire by Forbes Magazine, she was listed in the top 100 Most Influential People by TIMES.

So, what is one of Sara's habits for success?

During an interview Blakely told Money:

What I did was start small, think big, and scale fast. I didn’t ever get ahead of myself on spending. I only spent what I absolutely needed to.

This sensible spender knew that in order to make the big money she had to spend small.

Chairwoman and CEO of HTC

Behind any mega successful company is a genius mind, and Cher Wang is just that.

Wang was a business tycoon from early on, a natural entrepreneur.

Initially she co-founded a technology company which manufactured motherboards, this is exactly what led Wang to HTC.

Although she came up against challenges, she stuck to her vision and has been listed as one of the most powerful women in the world by Forbes Magazine.

As entrepreneurs, we must continue to ask ourselves, what's next?Cher Wang

Wang knew that hand-held mobile technology was the future, and having the confidence to pursue her vision has definitely paid off – for all of us. Thanks for sticking to your guns!

Co-founder and Editor in Chief at The Huffington Post

Huffington started her career in 1974 publishing her first book, she's since gone on to become a New York Times Bestseller and Editor in Chief of Huffington Post Media Group – one of the worlds largest media groups.

We can only imagine that Arianna Huffington is one extremely busy woman!

So, how does she keep everything ticking along nicely?

Huffington puts a huge emphasis on wellness and rest, believing that ‘sleep is the ultimate performance enhancer.'

Arianna told The Early Hour that 95% of the time she gets 8 hours sleep and wakes up ‘feeling joyful about the day’s possibilities'.

This sounds like a success habit we're definitely on board with!

After failing to make initial sales Debbi took to the streets and did the unthinkable, gave away her products for free.

It was this risky business move and Fields' pure drive and determination that turned one store into 770 stores!

The important thing is not being afraid to take a chance. Remember, the greatest failure is to not try. Once you find something you love to do, be the best at doing it.Debbi Fields

So, believe in yourself and take a couple of (tactical) risks along the way! 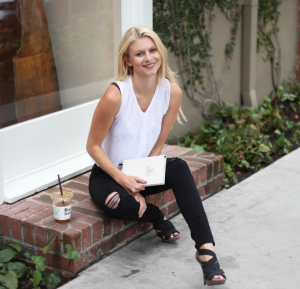 Natalie Ellis is the complete image of a new generation of business and entrepreneurship.

She has successfully launched products around the world, rubbed shoulders with all the big players in the modern business world and won multiple awards.

Natalie became CEO of #BOSSBABE in 2016 and since then has helped form a globally influential brand. Impressive!

We asked Natalie what it is that inspires and drives her towards success:

First, it’s remembering to be the person I needed when I was younger. Whether that’s a role model, support system or a woman who makes those big dreams happen – I’m showing up to be her for my younger self and for the other women out there. Second whenever I’m starting to feel self-doubt creep in or worrying that my dreams are too big, I just remind myself that if they can do it, I can do it too. We’re all capable and deserving… as long as we’re willing to work hard enough.

If that hasn't lit a fire in your entrepreneurial belly, I don't know what will!

In 1998 Susan Wojcicki joined a small startup company where she saw huge potential, that company was Google.

As if that's not impressive enough, she now holds the CEO position at Youtube.

So, how has Wojcicki managed to dominate the tech industry for 20 years?

Well, she puts a huge emphasis on a well managed work-life balance.

Making it home for dinner every night and spending quality time with her five children are golden rules. In an interview with the Wall Street Journal she said:

[Success] is not based on the number of hours that you’ve worked, if you are working 24/7, you’re not going to have any interesting ideas.

Since then Oprah Winfrey had continued to leave a trail of success and inspiration wherever she goes, and it doesn't look like she'll be slowing down any time soon.

It's no wonder that Life Magazine named her the most influential woman of her generation!

With all this going on you might imagine that Oprah's days are crazy, hectic and unmanageable. After all running a media empire must be tiring!

Not if you stick to your morning routine…

Oprah likes to start her day as she means to go on, positive and focused.

She told The Hollywood Reporter:

My first breath as I am coming out of sleep is always a thank you!

Not only is Niyc Pidgeon a successful female entrepreneur herself, her mission is to help millions of other women achieve their dreams too.

Not only does Niyc travel the world changing lives, she also makes a huge impact to the readers of her best selling book!

This wasn't always the no.1 mission on Niyc's mind though.

She started out on a career as a mechanical and automotive engineer but realised early on that her passion was for helping people, not vehicles.

When we asked Niyc what gave her the confidence to make this life-changing decision she told us,

Help others find their greatness and you will find greatness too.

J.K. Rowling published her first book, Harry Potter and the Sorcerer’s Stone, in 1997 and quickly became a household name.

If you haven't read any of her books, you might have seen one of her plays, maybe you've seen one of the films she's produced or visited a Harry Potter theme park?

Rowling has built one book into an empire, selling more than 500 million book copies worldwide and claiming the top spot on The New York Times best-sellers list on more than one occasion.

Things weren't always plain sailing for Rowling though, and this is something that she actually attributes her success to.

It is impossible to live without failing at something, unless you live so cautiously that you might as well not have lived at all – in which case, you fail by default.J.K. Rowling

If all that isn't enough to send you into a motivated whirlwind, why not take a peek at our article on how to increase your productivity or maybe find out how to improve your morning routine.