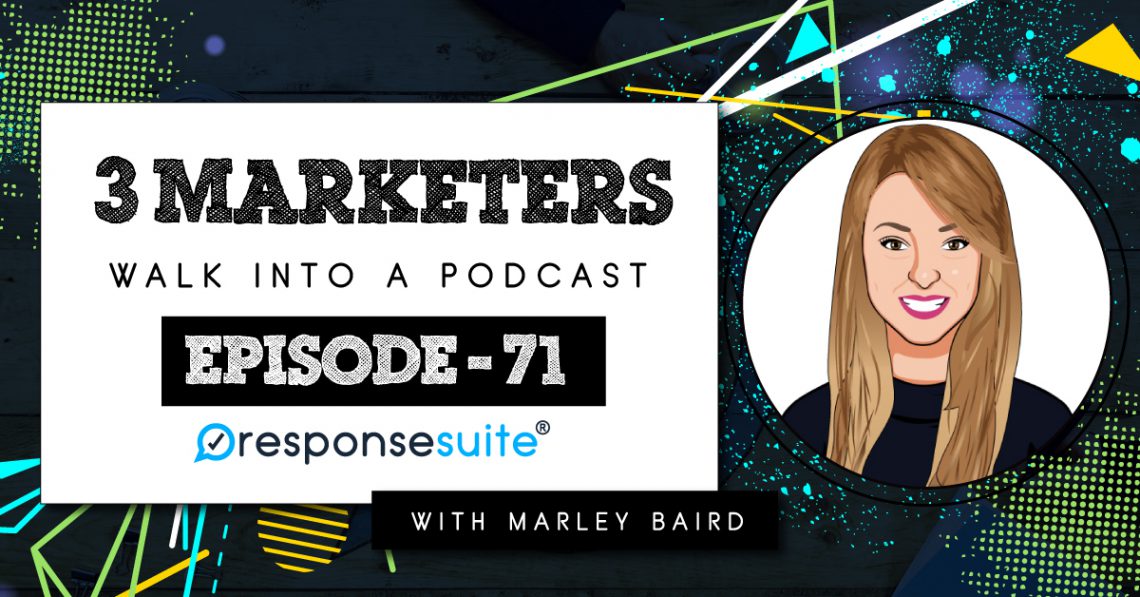 YouTube isn't just a place for home tutorials and dancing cat videos anymore (although they certainly make the world a better place).

These days there are YouTube channels packed full of highly polished and produced video masterpieces, teaching us everything we need to know. So how do you get your videos into the same YouTube league?

Marley Baird is here to talk us through her strategies and techniques for getting your audience hooked into your products and services on YouTube.

Get ready for tips on scripting, planning and production, and much more…

All these perfectly polished YouTube videos we see, are people scripting them or winging it? Or a combination of both?

What is your starting point?

How do we remember these lines? Do you memorize them?

You use a technique that you call sleight of mouth, tell us about that.

What’s our opening hook? What do we have to achieve in that opening part of the video?

How do we transition into the main bulk of the content?

How do we get content that is structured enough where we are good at delivering it, but equally the script doesn’t sound like you are saying different things every video?

What are you finding are some strong offers? How are you building that into the script?

A book that you would recommend…
Expert Secrets by Russell Brunson

What is your top success habit?
Commitments, writing everything down.

What are your favourite apps right now?
Productive is great!

Here’s the big one… who do you like more, Rob or Kennedy?
Oh, I can't decide!

Finally, where can folks go to find out more about you?
My website is marleybairdmedia.com or you can find me on YouTube.