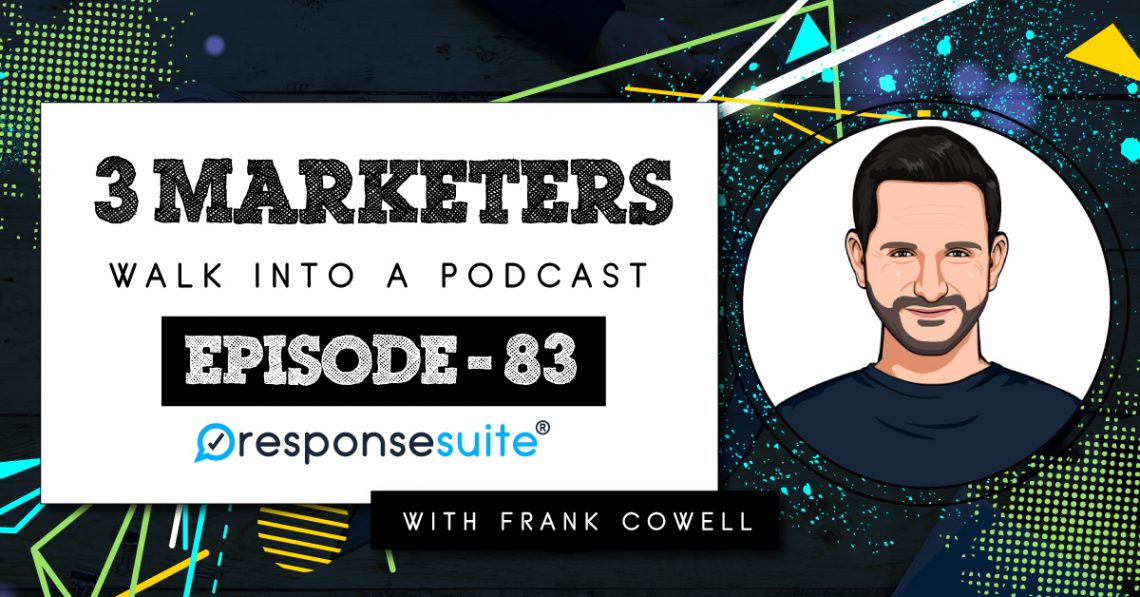 One of the big trends online right now is everyone selling their very own blueprint or formula for what a funnel should look like.

It seems like everyone is offering the cookie-cutter for funnels, but the truth is that if you’re in even a slightly different niche, it’s just not that easy!

Frank Cowell is here with an approach to marketing that he’s broken down into steps that you can apply to whatever it is you’re doing, and your funnel will pretty much fall into place – sounds good right?

Tell us about your approach to funnel building…

What are the 5 philosophies that should overlay the content of your funnel?

One
Education – we're in a noisy overcrowded online world where everyone is shouting about the same thing, so you need to pick something that hits a really specific buyer persona pain point which also allows your brand to be really differentiated.

Two
Tools – you need to actually give them the tools they need to put their learning into practice. This one's a bit obvious but a lot of people overlook it and move into just selling the next thing.

Three
Case Study – show people that they can use the education and tools you provide to achieve amazing results, just like businesses similar to them. Most people focus their case studies on their own brand when it's more effective to show off the results of brands similar to your customers.

Four
Create Fans – before you can look at optimising the marketing specifics, you need to work on optimising how you create raving fans.

Five
Commitment and Consistency – for most people who achieve the goals they want it’s because it’s taken a pretty long time and it’s become a new lifestyle, it’s not a quick fix.

A book that you would recommend…
Traction by Gino Whitman

What is your top success habit?
I actually follow the EOS management framework from the above book.

What are your favourite apps right now?
I’m really addicted to just a couple of apps, I spend time between my Gmail and LinkedIn. But I really love the QuickBooks app for expenses.

Here’s the big one… who do you like more, Rob or Kennedy?
I don’t like either one of you more or less, I’d give you both a score of 10!